Welcome to the Official Attendee Housing Site for the 4th Global Congress on Spine and Spinal Disorders, that will be held in the beautiful and exciting city of Auckland, New Zealand. Accommodations will be provided at Conference Venue
Venue: Naumi Hotel Auckland Airport
Address: 153 Kirkbride Rd, Mangere, Auckland 2022, New Zealand

Yellow Bus
Available at the waiting areas outside door 3 of Domestic Arrival Airport and across door 6 of International Arrival Airport:
- Travel time: 15 minutes
- Approximate Cost: NZD$6.00 each way
- Frequency: Every 20 mins (exception from 2Am to 3AM)
- Ticket:
1) Can be purchased at the ticket machines outside the airport terminal building
2) Online Booking at www.yellowbus.co.nz
3) Naumi Hotel Auckland Airport’s reception desk

Auckland is a city in New Zealand's North Island. Auckland is the largest urban area in the country. A diverse and multicultural city, Auckland is home to the largest Polynesian population in the world. It has also been called Ākarana, a transliteration of the English name. Auckland ranked 3rd in a survey of the quality of life of 215 major cities of the world (2015 data).

Auckland Domain is one of the largest parks and Albert Park, Myers Park, Western Park and Victoria Park smaller parks are the smallest parks in the Centre of city. Sports like Rugby union, cricket, rugby league, football and netball are widely played and followed.

Auckland is the major economic and financial centre of New Zealand. The city's economy is based largely on services and commerce. Most major international corporations have an Auckland office. The largest commercial and industrial areas of the Auckland Region are in the southeast of Auckland City and the western parts of Manukau City, mostly bordering the Manukau Harbour and the Tamaki River estuary. 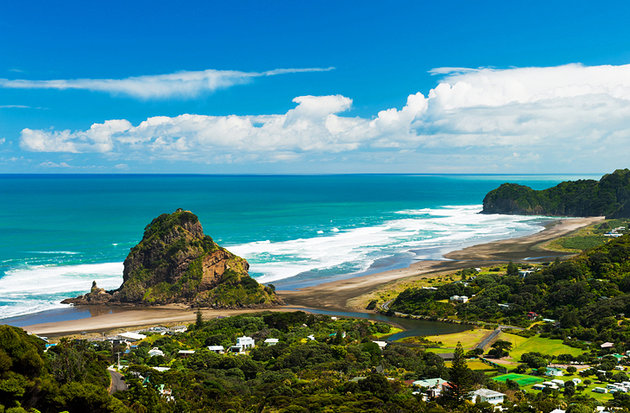